‘On Spatial Sound’ is a 1.5-hour documentary about the Spatial Sound Institute in Budapest and the ongoing research with 4DSOUND technology.

The film connects the personal perspective of documentarist Ana Amorós López, re-discovering her relation to sound and listening, with 14 different projects that took place as part of the Institute’s Artists Residency Programme throughout 2018. The different protagonists in the film evoke an oscillating conversation about the meaning of sound in our world today – and how 4DSOUND technology can change our perception of sound, and relationship with listening.

In collaboration with Paul Oomen

Yam Almost May (2002)
for electric bass played with E-bow and bowed, recorded samples
(commissioned by CCMIX)

«Typically we worked this way : we recorded samples of bass notes, played with a bow and with an e-bow. I edited the samples, and constructed the piece using 16 tracks of superimposed samples in Protools. After the mix was completed, we reorded again with Kasper adding two live tracks.»

Phill Niblock is an intermedia artist using music, film, photography, video and computers. He makes thick, loud drones of music, filled with microtones of instrumental timbres which generate many other tones in the performance space. Simultaneously, he presents films / videos which look at the movement of people working, or computer driven black and white abstract images floating through time. He was born in Indiana in 1933. Since the mid-60’s he has been making music and intermedia performances which have been shown at numerous venues around the world among which: The Museum of Modern Art; The Wadsworth Atheneum; the Kitchen; the Paris Autumn Festival; Palais des Beaux Arts, Brussels; Institute of Contemporary Art, London; Akademie der Kunste, Berlin; ZKM; Carpenter Center for the Visual Arts at Harvard; World Music Institute at Merkin Hall NYC, the Centre Pompidou in Paris and Metz, the Maerzmusik Festival in Berlin. Since 1985, he has been the director of the Experimental Intermedia Foundation in New York (<http://www.experimentalintermedia.org/>) where he has been an artist/member since 1968. He is the producer of Music and Intermedia presentations at EI since 1973 (about 1000 performances) and the curator of EI’s XI Records label. In 1993 he was part of the formation of an Experimental Intermedia organization in Gent, Belgium – EI v.z.w. Gent – which supports an artist-in-residence house and installations there. Phill Niblock’s music is available on the XI, Moikai, Mode, VonArchive and Touch labels. A previous DVD of films and music is available on the Extreme label. In 2014, he is the recipient of the John Cage Award from the Foundation for Contemporary Arts. At a recent event at the Tate Modern in London, he presented films and photographs from 1970 and 71, with music from the past three years.
Kasper T. Toeplitz
Topographie des ruptures (2019)
pour basse et électronique
(commissioned by Centre Henri Pousseur)
«As one discovers the roughness of a territory seemingly uniform , this « topography » tries to make perceptible the micro-cracklings, the ruptures, the chaos, of a sonic flow apparently continous : and the use of the real-time electronic which hybridises the electric instrument is not meant to polish the waves of sound, as a nice shellac, but on the contrary to render the continous more complex, showing its harshness, and the internal swarming of its polished surface. Letting the moment – now – mutate the composition, or observing haw the sounds get older from the inside.»

Kasper T. Toeplitz, composer, electric bass player and musician who has developed his work in the no man’s land between « academic » composition (orchestra, ensembles, opera) and electronic « new music » or « noise music ».

He also works with experimental or unclassifiable musicians such as Zbigniew Karkowski, Dror Feiler, Art Zoyd, Eliane Radigue, Phill Niblock, Francisco Lopez, Ulrich Krieger, z’ev and others…….. or with leading « new music » ensembles such as Phoenix_Basel or Zeitkratzer, and through all those years he has collaborated with numerous projects of contemporary dance, always proposing live music

He has definitively integrated the computer into the very heart of his work, as a tool of thought and composition, and as a live instrument, working on the sheer electronic noise or hybridising more traditional instruments,or developing a huge body of work on the hybrid he developped between his custom-bulid bass and live-electronics.

Dror Feiler
”Ousia” (2005)
for electric bass and electronics
(commissioned by ART ZOYD Studio)
« Noise as form – most of my music is constructed according to a uniform principle of form. It is a kind of tapestry woven from contradictory, clculated clouds of sound in which each individual expression reflects the absent whole. The music is neverunequivocally defined, but fluctuâtes constantly among the various levels of composition.

My intention is for chaotic, incompleyte form to serve as a counterpoint to positivistic, well-groomed and complete form. The goal is not to advocate a kind of formlessnessn but to accept the inévitable conséquences ofof the aporetic situation in which composition finds itself.the problem is how to strike a balance between the futility and necessity of striving after clarity and solidity in composition. The result is noise as form that is free of preconcived notions about either it self or its antithesis. »

When commenting on his work, Feiler stresses his desire to create music that deals with the world: “I always seek to deal with the grim problems of life, like in Beat the White the Red Wedge(revolution), Schlafbrand (World War II), Let the Millionaires go Naked (revenge of the poor), Intifada and Halat Hisar (Israeli–Palestinian conflict), or Tikkun Olam (changing the world). When I compose or play I do not look for beauty, but for truth.” He often depicts images of struggle (fortissimo, at great length), although when speaking about Maavak (Struggle), he says that it “does not describe a struggle, it is a struggle.” Dror Feiler has been active in solidarity work in the Israeli–Palestinian context since 1970 (he was among the initiators of Ship to Gaza Sweden and is a spokesperson for the organisation) and has been engaged in solidarity work in Colombia since the mid-1990s.

Dror Feiler is vice-president of the Swedish Society of Composers, CEO of Svensk Musik, founder (1976) of the Lokomotiv Konkret improvisation group, founder (1983) and artistic leader of the Too Much Too Soon Orchestra. 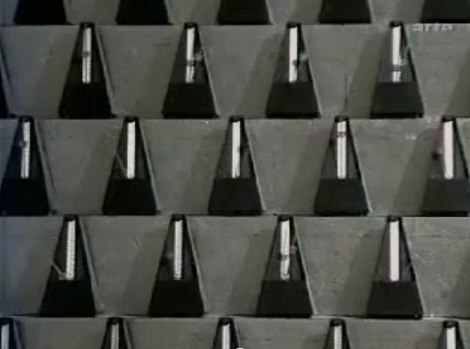 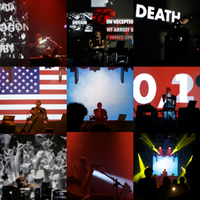